Home
/
Entertainment
/
Masterpieces that Demonstrate the Evolution of Conceptual Art

Many people are inspired to become artists because of conceptualism. Conceptualism is a different kind of art. This is because the idea or concept takes precedence over the aesthetic and technical aspects of art. Conceptual art represents all contemporary art that does not employ traditional skills of painting and sculpture.

The very first installation of conceptual art was that of Marcel Duchamp in 1917. At that time, he purchased a porcelain urinal from a plumbing supply store in New York. He signed the object with his pseudonym R. Mutt before entering it in an art exhibition. Duchamp challenged the preconceived notion of art.

Rene Magritte’s The Treachery of Images – 1928

In this art installation, Magritte used a pipe. It was obvious that it was a pipe but he denied that it was by writing “this is not a pipe” beneath the picture. The painting questioned the definition and the representation of something.

Baldessari’s iconic work did not only describe his mischievous sense of humor but also his interest in the potential importance of everyday things like pencils. The installation showed two photographs of pencils – one was dull and the other was sharp with a narrative under it. He magnified the significance of mundane things by creating a story around it.

The work of Graham was remarkable in conceptual art because it was a combination of video installation and performance art. There was a special room with an attached video camera on the wall. The adjacent and opposite walls were mirrored. The things recorded by the camera were played on the wall with 8-second delay. In effect, the audience can see live actions reflected in the mirrors while they simultaneously see their past actions on the wall.

The installation featured two identical and battery-powered wall clocks. The clocks were initially set at the same time but they fell out of sync as the hours passed. The artist wanted to portray that the loss of connection is inevitable or inescapable. The wall behind the clocks was painted pale blue, which is the color of a beautiful memory.

Loris Greaud is recognised as one of the most influential artists of his generation. His works are more of projects instead of exhibitions. His first project was Silence goes more quickly when played backward in 2005 made him famous in the international scene. Many projects followed. Greaud only appears occasionally in markets and galleries. 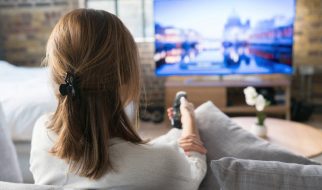 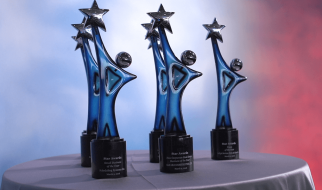